Go out and grab this week’s SF Weekly and check-out Joe Kukura’s exposé about those scary Monster in the Mission BART ads.

Joe’s sharp reporting connects the dots between the Monster in the Mission’s massively expensive “grassroots effort” and powerful Big Soda and Big Tobacco lobbyists  “The ads say supporters of the project ‘not a Monster,’ but you might as well call them Monsters, Inc., because they’re many of the same corporate lobbying interests who recently fought for the tobacco industry and the soda industry… Further, Mission For All’s listed mailing address is that of a San Rafael corporate law firm called Nielsen Merksamer, which is also leading the lobbying effort against the flavored tobacco ban the San Francisco Board of Supervisors passed in June.”

Big Soda and Big Tobacco have long histories of exploiting working class communities of color, these developers pretend to have the Mission community in mind but we know this crew of monsters has no place in our neighborhood. Chirag Bhakta, Plaza 16 coalition member, says of the ads “Exploitation of people of color in an ad campaign to convince a mainly Latino, immigrant, low-income neighborhood that this gentrifying project is actually going to help the neighborhood comes out of Rapacious Marketing 101,” Bhakta says. “Most of the people who are showcased in these ads most likely are not going to be able to afford these units being built.”

This Halloween, stand with Plaza 16 and make sure the monsters don’t win!

Please take a moment today to help stop the Monster in the Mission. Thank you!

Send an email to these addresses:

It’s always great if you can explain in your own words why you oppose the project but if you need it, here’s is a sample letter you can use or adapt.

I am writing to express our strong opposition to the project proposed for 1979 Mission Street by Maximus Real Estate Partners, known widely as the “Monster in the Mission.” As you know, the Mission District is facing a dire crisis of community and cultural displacement. To address this crisis, we must prioritize deeply affordable housing at this site, not a project of mostly luxury-priced housing that will further accelerate gentrification and the displacement of the existing residents, SRO hotels, mom and pop businesses, nonprofit organizations, arts and cultural spaces, PDR spaces etc. We urge you to recognize the urgent crisis facing the neighborhood, acknowledge the impact of the current massive and unsustainable imbalance of market-rate vs. affordable development in the neighborhood, and reject this project outright.

Furthermore, the Maximus project would have a significant negative impact on the Marshall Elementary School community.  Not only would none of the housing in the project be affordable to the majority of families and employees at this Spanish immersion school, the project would also cast a shadow over the school’s playground for most of the school day. For many students this playground is their primary outdoor recreational space. The developer’s proposal to raise the playground would not sufficiently mitigate the shadow impact. We stand with the many Marshall community members who oppose this project due to its unaffordability and student-harming shadow impacts.

With the overwhelming influx of market-rate development across the Mission, we must prioritize affordable housing at all remaining building sites. Yet as 16th and Mission is one of the City’s busiest public transportation hubs, affordable housing there is even more essential. Recent research confirms that low income households use public transit at much higher rates than higher income households that drive and/or use car shares at much higher rates. Therefore, building deeply affordable versus market-rate housing  at 16th and Mission would benefit the environment and our city with reduced greenhouse emissions and less street congestion.

The Maximus project would exacerbate the Mission’s displacement crisis, would cast both a metaphorical and literal shadow of the Marshall School community, and would likely result in both increased pollution and traffic. Instead of the Monster, our organization supports a plan for the site such as the “Marvel,” the community serving project envisioned and created with input from over 300 community members via a grassroots year-long process anchored by the Plaza 16 Coalition. We strongly urge you to fulfil your sacred duty as city planners and use your significant power to reject an unaffordable, community-harming Monster in the Mission and instead advocate for an affordable, community-serving Marvel.

David Chiu is the Assemblymember for the east side of SF and he is chair of the the critical last committee — Housing — for SB 35 and he can make the changes to this legislation to protecT the Mission District and other vulnerable neighborhoods in California.

2.  SAY: “I am a constituent of Assemblymember Chiu and I urge him to oppose SB 35 unless it includes community coalition ammendments such as a ‘safe habor’ provision for our low income communities.”

Here is a June 10 OpEd with further information on the bill and the impacts it would have on the Mission District and other vulnerable California neighborhoods:  http://www.sfexaminer.com/senate-bill-35-will-cause-displacement-communities-color/

Robert Rosania/Maximus’s ten-story luxury Monster in the Mission would cast a shadow on the Marshall School playground during most of the day for the entire school year. It would also consist mostly of housing utterly unaffordable to our community and would rapidly accelerate displacement in the neighborhood.

ROBERT ROSANIA!
WE REJECT YOUR MONSTER IN OUR MISSION
TUESDAY, APRIL 11
5:30 PM
16th and Mission Plaza
RSVP and invite your friends on facebook.

Rosania is trying to revive the Monster and is funding a deceitful astroturf campaign
Our fight against Maximus/Robert Rosania’s luxury Monster in the Mission is not over! We have learned the project may be coming for a vote before the Planning Commission in the near future. Meanwhile Robert Rosania has hired astroturf consultants and canvassers who are intimidating and lying to folks in our community about whom they represent and how the Monster would impact our community.

It’s once again time to raise our voice and let Rosania and our City leaders know that we reject the Monster in the Mission. We need affordable housing and community serving businesses, not luxury towers that will further escalate the displacement of our community.

We demand that Rosania attend a community meeting in the Mission District to listen to the people whose lives he will be severely impacting.

Who is Robert Rosania?
Robert Rosania is the CEO of Maximus Real Estate Partners, a controversial real estate developer with a shady history on both coasts. Rosania was a lead partner in the purchase of Parkmerced in San Francisco and the subsequent plan to demolish 1,500 rent-controlled units there.  At Parkmerced he fired the entire staff of SEIU USWW union janitors replacing them with non-union workers. In New York City, he personally netted millions in a notorious predatory equity scheme at Riverton Houses that ultimately defaulted and put at risk the housing of thousands of middle and working class residents.

In an attempt to overcome the massive community opposition to his Monster in the Mission, Rosania has contributed hundreds of thousands of dollars to local political campaigns to purchase influence in our City government. He is also notorious for his support of extreme right-wing causes and has made large contributions to politicians that oppose same sex marriage, immigration reform, and who support denial of climate change.

Rosania clearly cares nothing about our community and about San Francisco values. He cares only about his personal profits. He and his proposed project are bad for our neighborhood and bad for our city.

Build the 100% affordable MARVEL in the Mission, not the Monster
For more than three years, thousands of Mission residents have rallied, signed petitions, spoken at community meetings and delivered countless hours of testimony at City hearings demanding, “NO MONSTER IN THE MISSION.”

Rosania’s luxury towers would be utterly unaffordable for the existing community and further rising rents would mean the pricing out of existing families and businesses in the area. The people, merchants, and organizations that we cherish—our very community—will be displaced forever from the neighborhood.

The Plaza 16 Coalition spent months facilitating a collaborative community planning process to come up with a positive alternative development we call the MARVEL in the Mission.  The Marvel’s housing would be 100% truly affordable and the project would serve other needs of the existing community. 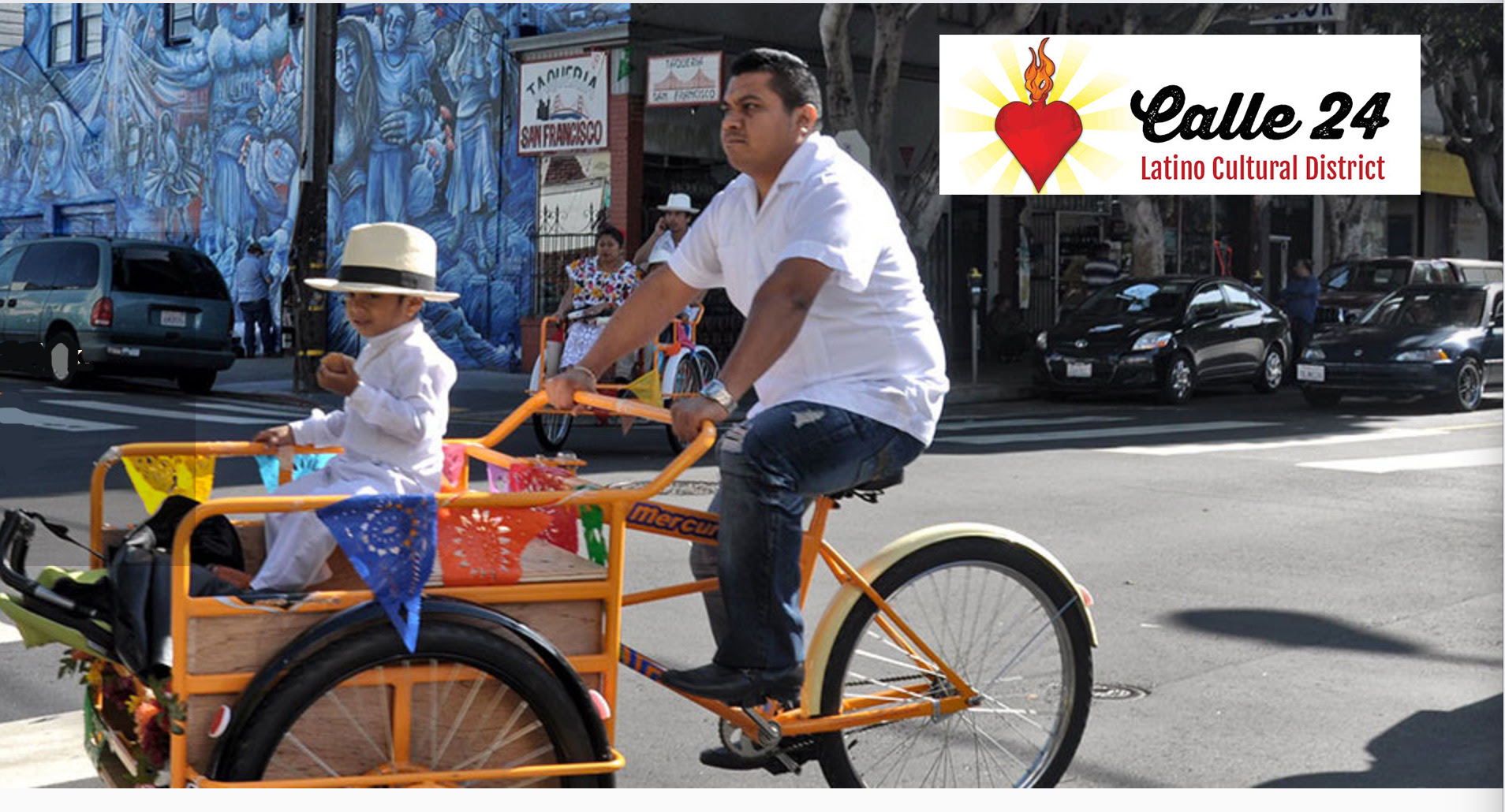 Our sister organization Calle 24 will be presenting to the planning commission its special use district legislation for commercial regulations in the Latino Cultural District.

These regulations have been in the works for nearly two years and will help:

Groups who wish to “open” 24th Street and the entire Mission District to full gentrification and displacement are organizing to stop these very sensible regulations that were developed out of many months of community input and process. It’s very important that that those of us who value the culture and community of the Mission show up in force at the hearing to support the special use district legislation.

This is an crucial moment for Mission District community solidarity. See you Thursday!

Can’t make it to City Hall on Thursday?
Here’s how you can help!

Please send a quick email to the Planning Commissioners. Copy and paste these email addresses:

Here’s some text you can copy/paste and adapt with your own words:

Here are some reasons [use some or all if you like]:

From our allies, Save Midtown ::
“139 Western Addition/Fillmore families are slated to lose their homes in an apartment complex demolition. A large number of these families are victims of civic redevelopment. They were promised ownership upon paying off property mortgage, but the city went back on its promise awarding the master lease to Mercy California instead.

For the last 24 months tenants have suffered egregious grievances, lost their security personnel, had their cars towed, their rent went up 200% and units entered illegally by Mercy California staff.

A pillar of the Fillmore community, and a San Francisco icon – master hair weaver and a stylist to the stars – Jose La Crosby has passed in a distant VA hospital, unable to spend the last days with his friends and family. Mercy California for months refused to allow him a move to a ground floor apartment as mandated by Mr. La Crosby’s doctor.

WE DEMAND
• Mercy Housing: Terminate your contract as property manager of Midtown Park Apartments.
• San Francisco Mayor’s Office of Housing: Honor the tenants’ demand for self-determination over their homes. Keep the promises you made to the long-term residents of Midtown for equity homeownership.”

Join the Plaza 16 Coalition for a historic day of community-based planning. For two years the Mission community has fought the Monster in the Mission and for months we have conveved to develop a community vision for what we want and need at 16th and Mission. On Jan. 30th we will meet to review our progess so far and decide together our vision for 1979 Mission Street.

The community NEEDS your participation and input. Join us!

Lunch and childcare will be provided. 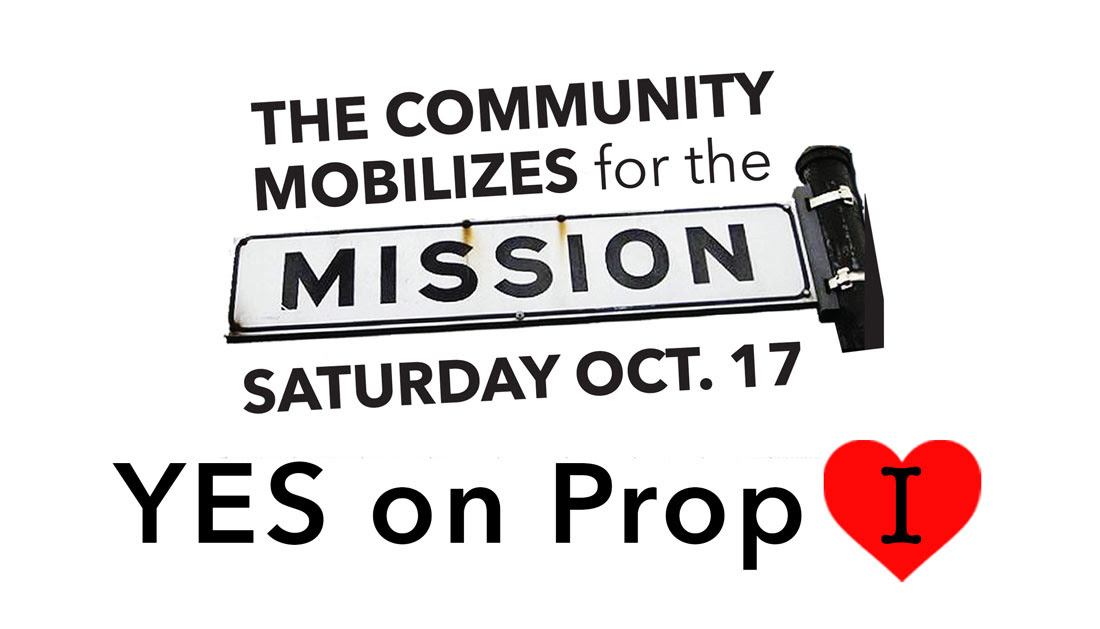 Please join us for the

Join us for a Mission town hall to learn more about why Prop I is so important for the future of the Mission and San Franicsco. Hosted by the Prop I campaign and the Plaza 16 Coalition.